Because You Have PSC

- March 18, 2019
So, here we are. Back on chemo every other Thursday, never skipping a beat. I've now got a surly and cynical cancer hubby and everyone preaching to me to keep him in a positive mindset. Yeah, right. You come keep him happy, I'll be sitting back with popcorn watching the show. We've come to expect the worst and can be pretty jaded at times. We've been feeling defeated and just downright tired this year...Lord, help us because it's only March and we have a long road ahead of us. We do our best to put on happy faces and bright smiles but, honestly, that's more for other people's comfort than our own. We've been meeting routinely with Dr. Javle, continuing the chemotherapy treatments. We had to discontinue the Abraxane due to the neuropathies Co was getting in his feet and other negative side effects. The Cisplatin and Gemcitabine are keeping the tumor at bay as we continue to adapt to our new "normal".

A couple of weeks ago, Dr. Javle shared some uplifting news. Since Cody's tumor has shrunk and stabilized after six months of chemo, he qualifies for a liver transplant evaluation. Co underwent a lymph node biopsy and a PET to rule out any potential spreading of disease. Both of these tests came back clean! We finally have some concrete information, his cancer is isolated to the liver! This was some of the best news we've had in a long time.

Now, for the PSC. PSC is a chronic autoimmune disease that causes inflammation and scarring of the bile ducts. As the scarring progresses, the liver ultimately loses function and will fail. This disease progresses slowly, however, the majority of patients will need a liver transplant at some point in their life. This disease is seen most commonly in young to middle-aged men, primarily those with an inflammatory bowel disease (IBD). Cody has lived with Crohn's disease since he was 13 which increased his risk for PSC. PSC is also a common culprit for bile duct cancers. More information on PSC can be found here

So, here's what we know:

Our teams at MDA have been working on something quite amazing over the last decade or so. They created a protocol for CCA patients who have shown a positive response to chemo. This protocol involves chemotherapy for 6-9 months combined with a liver transplant. Between 2010 and 2017, 12 patients were referred for evaluation and six of these patients have received liver transplants. The overall survival rate was 100% after 1 year and a 50% survival rate with no recurrence of illness at 1, 3, and 5 years. These are great stats for this type of non-resectable cholangiocarcinoma.

A liver transplant would fix both the CCA and the PSC. Could this really, finally be the solution to all of our bile duct woes? I guess we'll find out. 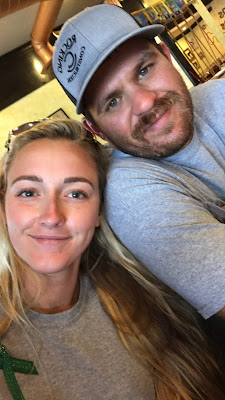 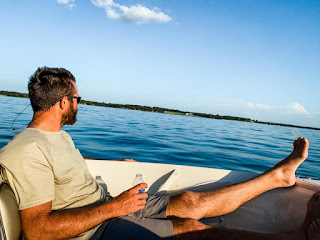